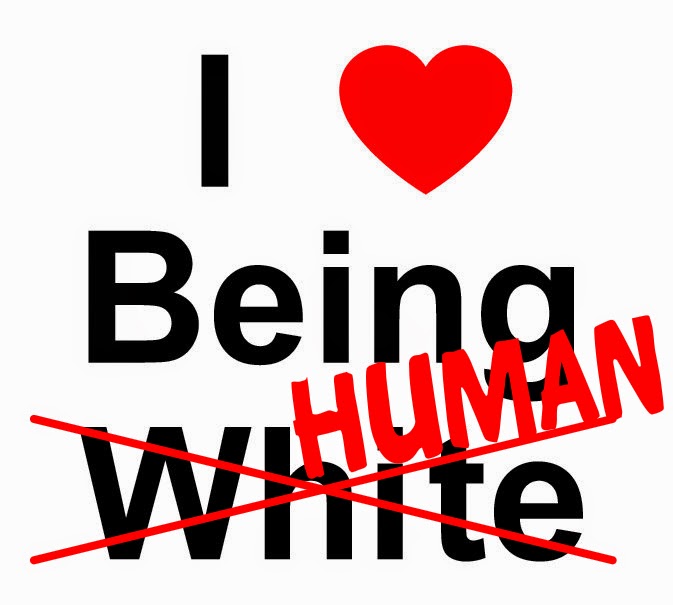 My brother shared a cool video of a fantastic gymnast from a facebook newsource called "I ♥ Being Black". I didn't get it. Yes, he happened to be Black. Is that why he is a good gymnast? I don't see the purpose of attributing the one to the other. If I did that I'd be a racist. If I said, "Its a great day to be White!" People would chose to be offended as if that automatically inferred being anything other than White was inferior. I wondered if there was a dumbass "I ♥ Being White" facebook page or group too. Of course there was. I can call the White one dumbass, but not the Black one.

Pride in pigmentation? Like its an accomplishment or a gift? Did any of us do anything pre-life to deserve to be born a particular race or in a particular place, like one is a reward and all others are a punishment? Is it going along the whole "sins of the father" biblical bit?

Funny, I didn't think Black or White was a race, or a heritage. I like to joke that with all of my tattoos, I've been colored since I was seventeen.

I ♥ Being Human. Its kind of nice most days, even if the company tends to suck at times.
Posted by Dave "Rock" Cowles at 11:03 AM