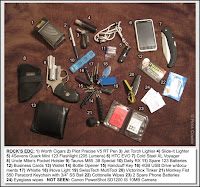 Emergency Preparation is not about living in fear, TEOTWAWKI (The End Of The World As We Know It), or even Armageddon. Its about better safe than sorry. Its hoping for the best and planning for the worst, not getting caught with your pants down or your kilt up.

Most sensible people who can afford it have home, health, life, and auto insurance. They keep a spare tire, jack, jumper cables, a small tool kit, flares, and maybe a can of Fix-A-Flat in their vehicles and spare cash in their wallets. They go to the gym and work out and try to eat healthy foods. They have shutters on their windows, emergency brakes in their cars, and savings accounts. Are they paranoid or bowing down to the Fearmongers? No, they are being prepared, just in case, because shit does happen.

Preparation is optimizing our chances to have man-made or natural short term or long term disasters or emergencies cause as little disruption to our lives as possible and minimizing threats to home, life, or limb as possible.

It also offers the joy and peace of mind of attaining as much self-reliance as possible.
Posted by Dave "Rock" Cowles at 12:53 AM No comments:

I don't believe in natural rights or inalienable rights. I think they are desperate philosophical fantasies, much like Heaven and the altruistic Old Man in the Sky waiting to bring us home and grant our every wish.

If we had Natural Rights, wouldn't we all look like perfect clones sharing all of the same natural attributes like athleticism, fitness, intelligence, health, beauty, penis size, height, high metabolisms, and heart shaped fannies for the ladies? Pipe dreams for the Welfare State.

I do believe in bullies, self defense, and that the best defense is often a good offense. No being under siege here. Banding together against predators and oppressors is healthier than anarchy, until we start having bands so large that we are governed by distant strangers.

Being taught to believe that we have inalienable rights since childhood, even though its obvious we don't, makes us far less likely to be concerned with losing them. Consider the slave state we subject the vast majority of our children to. They are indoctrinated into government approved rhetoric and propaganda, with no say in the matter, shuffled around in tiny groups with other age segregated participants, all of their First and Second Amendment Rights are stripped from them before they ever learn to exercise them, because they need to be assimilated. If they are independent, disruptive, or truant, they are a threat to keeping the machine running smoothly and quietly. When are students allowed to disagree strongly and vocally with arrogant, overbearing, or aggressive teachers? Do the teachers show them the same respect they demand? Hell no!

Defending oneself from a schoolyard bully and winning handily is worse than starting the fight. Using equalizers like edged, electronic, chemical, or impact weapons makes it criminal. If a ten year old brings brass knuckles to school and breaks a bully's nose, he was looking for a fight and wanted to hurt someone, rather than being tired of being punched, kicked, spit on, wedgied, swirlied, pantsed, robbed, humiliated, and terrorized since starting his education.

The only rights we have are those we refuse to give away or allow to be taken from us. Many of us old timers bitch about the Attitude of Entitlement so much of Today's Youth have, but we share it at a Constitutional level. There is no evidence that any of our "rights" are inalienable, but we all think they are ours and that the someone, somewhere, will protect them for us. Its pure wishful thinking to believe that Big Brother is looking out for anyone's interest but its own.

You get a little free speech so you think someone is listening. You get your Second Amendment pistols and rifles (barely), while Uncle Sam gets all the military with all of their tanks, missiles, intelligence gathering, chemical weapons, and nukes as well as control over communications, transportation, taxes, etc.

Darwinism is not about survival of the fittest, it is about survival of the most adaptable. Being able to honestly assess your individual strengths and weaknesses, as well as your environment, and identifying potential threats, and being able to act boldly on those assessments and observations is what allows us to survive and maintain any rights. Not Nature. Not government.

Debating your so called "rights" is akin to polishing a dog turd. Defending them, by whatever means necessary, is a whole different animal.

Whose got your back?
Posted by Dave "Rock" Cowles at 5:11 PM No comments:

I've sometimes wished that I could travel back in time and instead of getting kicked out of the Cub Scouts stayed through Eagle Scout. I think the Eagle Scouts develop character as well as skills. The Boy Scout motto, "Be Prepared" is the soul of every true Prepper.

Today, my brainfart gained a little clarity. Until one is dead, its just too early to give up on anything, including one's dreams. I think that now more than ever many Americans are realizing their lack of preparedness and skills. There are many who have never been around firearms, hunted, camped, fished, hiked, cleaned game, handled livestock, grown a garden, cooked over a campfire, learned first aid, repaired a torn garment, sailed a boat, or ever developed any outdoor skills, no less became a competent outdoorsman or woman.

I think a lot of us suffer from ennui and learning a set of scouting/preparedness skills as adults would be great fun and as well as developing potentially lifesaving tools. I was a much better student as an adult when I went back to college than I ever was in high school. I think wanting to learn makes it so much easier.

I've been a police officer, a soldier, and a sailor, yet realize I still lack many of the skills learned by an Eagle Scout or even a Boy Scout!

I think there is a definte market and need for a group for adults or families to learn these skills. My concept is Prepper Scouts (PrepperScouts.org). It would be based on Boy Scout and Girl Scout skills and Emergency Preparedness, but Co-ed and geared towards either adults or entire families. Initially, it could be lead by Eagle Scouts and Den Masters.

I would appreciate any and all feedback, especially from folks with a scouting background.

Rock
PreparationMForum.com
Posted by Dave "Rock" Cowles at 9:37 AM 5 comments: 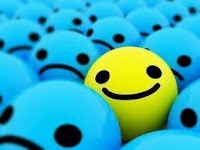 1. Just for today I will be happy. This assumes that what Abraham Lincoln said is true, that "most folks are about as happy as they make up their minds to be." Happiness is from within; it is not a matter of externals.

2. Just for today I will try to adjust myself to what is, and not try to adjust everything to my own desires. I will take my family, my business, and my luck as they come and fit myself to them.

3. Just for today I will take care of my body. I will exercise it, care for it, nourish it, not abuse nor neglect it, so that it will be a perfect machine for my bidding.

4. Just for today I will try to strengthen my mind. I will learn something useful. I will not be a mental loafer. I will read something that requires effort, thought and concentration.

5. Just for today I will exercise my soul in three ways; I will do somebody a good turn and not get found out. I will do at least two things I don't want to do as William James suggests, just for exercise.

6. Just for today I will be agreeable. I will look as well as I can, dress as becomingly as possible, talk low, act courteously, be liberal with praise, criticize not at all, nor fault with anything and not try to regulate nor improve anyone.

7. Just for today I will try to live through this day only, not to tackle my whole life problem at once. I can do things for twelve hours that would appall me if I had to keep them up for a lifetime.

8. Just for today I will have a program. I will write down what I expect to do every hour. I may not follow it exactly, but I will have it. It will eliminate two pests, hurry and indecision.

9. Just for today I will have a quiet half hour all by myself and relax. In this half hour sometimes I will think of God, so as to get a little more perspective into my life.

10. Just for today I will be unafraid, especially I will not be afraid to be happy, to enjoy what is beautiful, to love, and to believe that those I love, love me.

If we want to develop a mental attitude that will bring us peace and happiness, here is Rule #1:
Think and act cheerfully, and you will feel cheerful.

Written by Sybyl F Partridge in 1916