The Battle of the Pyrotechnic Rectums 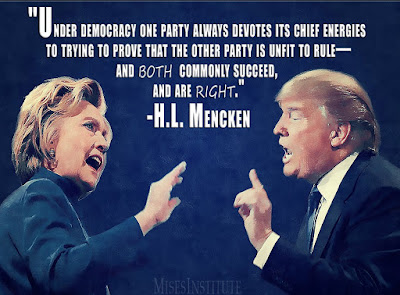 This election's presidential campaigns have probably had the most muckraking in recorded history. Both the Republican and Democratic candidates have accused the other of umpteen crimes and character flaws. Mainstream America seems to see them both as deeply flawed, despicable, detestable caricatures from some B rated Reality show. The truth is, one of them will probably be elected because the media is privately owned, corrupted, and biased to the core and they have shut third party candidates out so extensively that those people not involved with politics would be hard pressed to name them, no less share their achievements and track records.
Libertarian candidate, former two-term New Mexico Governor Gary Johnson was shut out of all three debates, yet didn't feel the need to make horrible allegations and fling shit in every direction possible with no concern for the repercussions. He has a phenomenal track record as a governor, a businessman, and a world class athlete. The worst I have heard about him is he blanked when asked about Aleppo and he has been involved in the LEGAL cannabis trade as well as an advocate for cannabis.
Trump and Clinton, on the other hand, have proven themselves to be petty, bitter, vindictive, self-righteous, conniving, vicious, blowhard scumbags that you wouldn't want collecting your trash or anywhere near where you live. The damage that has been done to both of their reputations is indelible and worldwide. The light's have been turned on to expose giant glistening cockroaches invading our homes. What sensible American or foreign power could ever trust either of them? How the Hell could America elect either one of them when they should be being run out of the country on a rail? Neither can be an effective leader after this campaign. Neither will ever be considered truthful or trustworthy.
Is this how deep our corruption and apathy run? It's like voting for AIDS because you hate cancer. America is being guided in the wrong direction. It's not too late to take the road less traveled and rip the reins of power from the professional politicians who have done nothing but lie to the people.
Please, please, please set the party loyalty, propaganda, and prejudice aside and invest a little time looking into Gary Johnson and the Libertarian Party. I thank you. America will thank you. You'll thank yourself. You know your party is far from perfect, see what Johnson's might do for all of us. 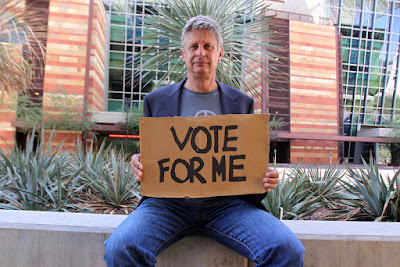