Who You Are In Your Car 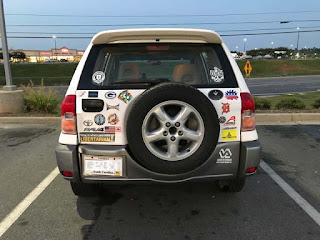 A pastor once said, "Who you are in your car is who you are." I got that. When we are driving we are under the delusion that we are the master of our own destiny and the world should go as we plan. Unfortunately, all of these other destiny masters have plans of their own and they tend to clutter up the roadways and throw monkey wrenches into the machinery of our plans.

We feel anonymous and autonomous when we're behind the wheel. We think life should be fair and everyone should follow the rules (except maybe us if we are in a hurry or just having too much fun!). We're not invisible though and our decisions and indecision affect those around us, sometimes much more than we realize.

I jokingly say that I don't get Road Rage, I just narrate the trip. I tell people where they came from, where they are going, things about their parents, and anatomically impossible things they can try since driving doesn't seem to be working out very well for them. Often this humor deescalates the situation with no harm done. That narration does tend to go way down when I have spectators inside the car because then I feel more accountable for my thoughts and words as well as actions. When driving alone it can easily become a dangerous norm.

Yesterday, I had a guy fly up on my rear end in the fast or passing lane when the entire right lane was clear. We were going eighty in a 65mph zone and that wasn't fast enough for him. He wanted to be first and not make the effort to go around me. I really let it aggravate me since his being a foot behind me on a declining, wavy mountain road seemed like a blatant act of aggression. I decided to take the high road and move over, but first I stuck my hand out the window and let him know he was number one! He responded by slowing down to pace me and to let me know that he thought I was number one and babbling incoherently instead of watching the road. I slowed down until he lost interest and resumed his quest instead of using him for target practice. Not my best day, but I don't tend to stay mad for long.
Sometimes having the heightened responsibility of having a CWP is the best form of anger management. It's a constant presence that reminds us that things can go sideways fast if we don't have complete control of ourselves even when we can't control others or our environment.

Today I was driving in the rain to visit my chiropractor and trying to get from the center lane across two lanes to a side street. A pickup truck decided it needed to get there before me and quickly changed lanes and sped up as I started to turn. I took in stride (not) and yelled out of my open window, "Go ahead then, Bitch!" knowing immediately after the words escaped my mouth that it would be my friendly neighborhood chiropractor. Ding! Ding! Ding! It was. I don't know if he heard me or not, but it wasn't my finest moment and I felt more than a little ashamed. Additionally, when I have to visit the chiropractor it is because I am in a lot of pain and not in good fighting form. That should give me pause before needlessly escalating conflicts with autonomous strangers.

Well, there you have it. Sometimes I am not the epitome of calm, cool, and collected and when I'm wondering why people are such dicks it turns out I'm the dick. 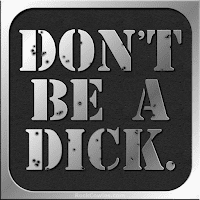 Don't be a keyboard warrior behind the wheel.

It Takes A Parent

I am deeply saddened by the recent shooting in Santa Fe, Texas. I am a sheepdog and a peacekeeper. I will always do my part to be prepared to prevent such an incident from ever happening in my presence. These "incidents" don't start at the site, but long before. Poor or inattentive parenting, lack of awareness and empathy on the part of teachers, coaches, and other school officials, and gun free zones all make these possible, likely, and eventually inevitable. They say that locks keep honest people honest. Gun control is the same way. It only factors in with mature, responsible, law-abiding citizens. Those who are immature, abandoned, desperate, fanatical, or unhinged will find a way to hurt and kill people.
Recent events have proven that you can kill large numbers of people with random motor vehicles and bad intent even quicker than with firearms. Every country that has enacted harsh gun control has had knife and other violent crime rise. Gun free zones don't protect anyone unless you can limit access one hundred percent.
Stop expecting the government to raise and protect your children. Teach them self-discipline, self-defense, empathy, and situational awareness. Be a real parent and limit their electronics and social media time. Engage them in the real world. Show them the things we did before the internet. Give back. Volunteer. There is scouting, the Red Cross, Habitat for Humanity, the Humane Society and No Kill Animal Shelters as well as breed rescues, Big Brother & Big Sister, VA Hospitals, nursing and retirement homes, The Council For Literacy, English as a Second Language, Community Emergency Response Teams (CERT), religious and youth sporting groups, as well as things as simple as playing catch with the neighbor's kid or reading to an elderly neighbor. If we don't teach compassion, love, kindness, and empathy by example our children will never learn and the tragedies will continue to mount. My daughter was raised with not only gun safety and respect for firearms but respect for people and the property of others. We paid attention to her and her moods, challenges, and needs and she didn't get in trouble for fighting, using drugs, stealing, or other anti-social behavior. We cannot legislate away mental illness and loneliness. Responsible gun owners are not bloodthirsty, paranoid monsters. Quit representing them as the problem. With an estimated over three hundred million firearms and a trillion rounds of ammunition in America, if we were the problem, you would already know it. The cities and states with the strictest gun control have the highest violent crime rates. Criminals prefer their victims unarmed and passive. Hillary was partially right; it does take a village, but even more so, it takes involved parents who care about, love, mold, and engage their children. Participation awards don't teach children to deal with disappointment and life in the real world. Go outside and play with your family. 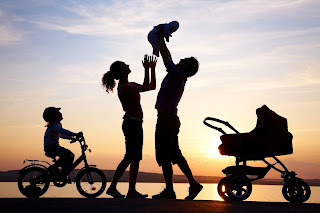 Don't Let Your Backup Be A Backup

Every Day Carry or EDC is becoming a common term. We used to just borrow the Boy Scouts of America's motto, "Be Prepared.", but marketing geniuses have made EDC the war cry of the retail world and the prepared person. In life, theater, and sports the saying, "The Show Must Go On!" is commonplace. It is the mindset that in a crisis we need to be prepared even if our main go-to gear, actor, or quarterback fails or is lost.

In the EDC world, we might find ourselves carrying a pen, a pocketknife, a camera, a lighter, a multitool, a pistol, or a multitude of other specialized gear depending on our needs and expectations. Many of us have seen the SHTF and the primary EDC tool unable to function as desired so we develop the habit of carrying a backup or spare or even two or more. This is where many folks sell themselves short. Let's think about this; if your main "fill in the blank" fails, you are definitely in a predicament where your backup is now at least as vital as the original was. Therefore you need it to function at least as well or even better than that which it now replaces.

It's far better to have two or three great tools than fifty mediocre ones.

If you have a knife that you place constant demand on then you want solid materials, quality steel, and superior design qualities and you want to take the best care possible of that knife. There aren't many things more dangerous than a dull knife. On a folder a cheap lock, handle, or pivot can cause catastrophic injury or even death. In the event, that knife fails or is lost then it is essential that the backup be able to complete the tasks at hand. Common sense says to buy the best primary gear possible, but it is far too common to see people who don't realize that they need the same mindset on their backups. Both quality and ability are crucial factors.

As the old adage goes, "Don't buy a five dollar knife unless you have five dollar fingers."


When it comes to Every Day Carry we pack what is essential. Despite for many of us a daily battle against perfectionism, when it comes to EDC, "good enough" really isn't good enough. Don't sell yourself short. Good tools will take care of you for life if you take care of them and backups should be no exception.

Go forth and be prepared!