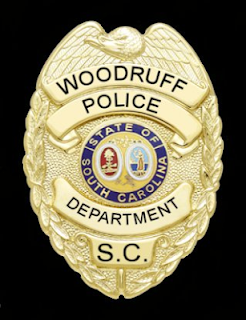 First the set up. I was a police officer in the City of Woodruff (South Carolina) for three years in the nineties. After I left, I asked the City Manager, John Mullins, to write me a letter of reference. John, at sixty, appeared to be a portly English butler. With elegant manners, incredible articulation and clarity, and his fancy suits, John’s polished exterior belies the presence of the hyperactive/ADD poster child. Always professional and graceful in public, he is quick and witty behind closed doors. Up to his elbows in everything, John repeatedly put it off. Finally, exasperated by my tenacity, he told me to write it myself and if I didn't overdo it, he would sign it.

Attached is what I faxed him at the City Hall, fake signature and all.

The next day, the best letter of reference I had ever received was in the mail!

To Whom It May Concern;

Regarding former Woodruff police officer, Dave Cowles. It is my opinion that Dave was the most courageous, competent, intelligent, morally pure person I've ever had the pleasure of meeting and working with. And, he had one humdinger of a sense of humor. Everyday, he would come up to my office, bodily remove whoever might be sitting in front of my desk from the City Hall, return, and shout, ”Hey Fatboy, why do so many gay men have mustaches!?”. As was our routine (No, I do not have a mustache), I would reply, “SOMEBODY CALL 911!”. Dave would pull out his gun, start waving it around, and yell, “TO HIDE THEIR STRETCHMARKS!”, then he would laugh until he soiled his britches and pass out from all of the drugs and alcohol. God damn, was he a hoot to work with!

I’ll never forget the time he talked me into stripping down to my boxer shorts, rolling around in chicken blood and feces, then with a cucumber in one hand and a feather boa in the other, run into the City Council Meeting screaming that I was attacked by faggot alien dwarves! You should have seen the looks on their faces! Sure, they all laughed and later on said they didn’t believe it for a second, but I knew they did! God damn, was he a hoot to work with!

Sometimes we would talk about philosophy, life, and all that shit.

He was a great cop and all of Woodruff is the poorer for his leaving. He should be king! He made me want to be a Yankee! Give him a job, any job. He’s a god damned hoot to work with.

Please feel free to contact me with any further questions.

Your friend in Jesus,