Don't Poop Where You Eat 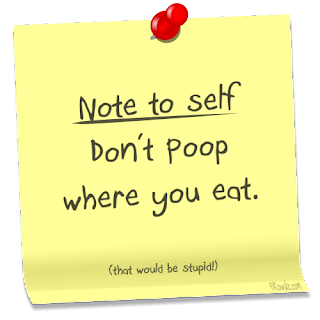 Don't Poop Where You Eat

The modern day mature single adult might find dating in Today's savage times of social media, political correctness, catfishing, scammers, and cancel culture to be a bit more daunting than, say, Calculus or self-circumcision. There is little privacy, no quarter given, and plenty of opportunities to fall on one's noggin.

I recently asked on a local facebook group in the small Southern town I bought my house in where one can go to meet single people other than church or bars. The response was "other churches and bars". Neither is my cup of java nor are coffee houses.

I started a facebook group for local mature single adults with the focus being socializing and building community, rather than dating or finding one's soulmate. Part of that is a residency requirement of living in the town or within 25 miles of it because it is to meet local people offline, not make new pen pals or get stuck in long distance relationships. On our group is posted the reminder: Single doesn't always mean interested or available. Some folks actually love being single, but miss regular companionship. Others like to see relationships develop more organically.

We have had about a half dozen meetups for food as well as one to see a local band and the turnout has been good with some great people. Many of us have been exposed to new activities or local events and there is talk of doing much more.

Sometimes there is a connection without sexual chemistry or all of your "must haves" for a potential partner. It'ss been nice being able to make new local friends and get offline and out into society to do things platonically. Kind of like how life used to be. It does require good communication, a little faith, clarity, transparency, and honesty with yourself and the other people. Invitations should start with a clear statement like, "I am excited about making new local friends from the group and doing more things without the pressure of dating. How would you like to join me for_____?"

Some people don't do well with platonic relationships with the opposite (or desired) sex. One person can develop stronger feelings without the other realizing it and end up getting trapped in the dreaded Friend Zone, so some caution and situational awareness is prudent.

If one is honest with oneself, they know their reasoning for joining such a group. Whether it is to make new friends in this post-COVID 19 era or to scope out the hotties. Some are here to find a partner or spouse regardless of what they say. Playing the field will not be a viable option because very quickly almost everyone will know everyone else in the small but growing community and if you're playing games, looking for hook-ups, notches in your bedpost, or being less than honest, word will spread quickly and you will be called out and probably cast out.

I remind myself that I value these people as friends. Of course, like most anyone else, I would prefer to socialize with some more than others, and some people might not like that very much. Or me very much.

There is an old adage, "Don't Poop Where You Eat." If you decide to date a coworker, neighbor, or a fellow member of any group or organization that you are active in, there is the potential for things to not work out or even get bad or ugly and then one or both of you wind up very uncomfortable and end up losing the group as well as each other.

I like with our group that I am able to see how people interact with others without being stuck on a date with a "virtual" stranger. It pays to do so and not be in a hurry for an instant relationship or to risk losing some of the new friends or potential new friends by jumping the gun and treating it like a dating site. There are a lot of lonely people who have gotten divorced, became widowed, relocated, or found themselves empty-nesters who just want to belong someplace local and to feel a part of society again or maybe even for the first time without any false pretense.

I recommend starting a group like this. So far it has been a great experience and experiment. Remember to take your time. 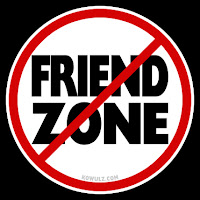